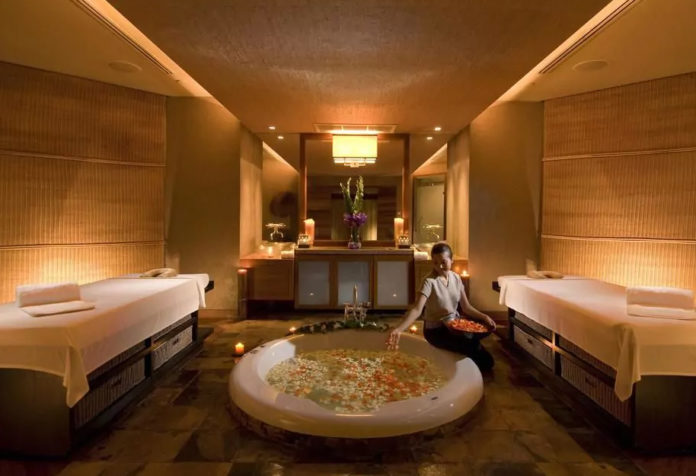 Wireless road is Bangkok’s most sought-after business address, and the All Season’s Place Complex is the most cutting-edge office, retail, residential and hotel development. It is only natural then, that the hotel name on everyone’s lips is right at the heart of it all.

Conrad Bangkok, from the Conrad Hotels group, is already well known as the city’s funkiest business hotel. It’s an oxymoron of a description but Conrad Bangkok balances classic sophistication with cutting-edge concepts. So if you’re expecting a traditional approach to Thai style, you’ll be pleasantly surprised. Conrad Bangkok complements the best of its host city’s ancient and elegant elements with contemporary yet thoughtful precision.

Think of the hotel as an elegant office block skilfully blending corporate chic with luxurious suites. Rooms are large, open-concept spaces, tastefully yet fashionably furnished, and equipped with every modern convenience: high-speed broadband internet access, laptop/facsimile/printer set-ups and a universal pin plug socket. The Executive floor rooms have it all, too: from private check-in to a well-equipped business centre, meeting rooms, and a relaxing Executive Floor lounge. It comes as no surprise that Business Traveller magazine rated Conrad Bangkok the ‘Best Business Hotel in Asia-Pacific’ for two consecutive years.

It also won ‘Thailand’s leading Business Hotel’ in the Annual World Travel Awards 2005, and deservedly so.

Once your working day is done, take a break on the rooftop jogging track, a dip in ozone-treated swimming pool or a pampering session in the spa. Ask for the indulgent pillow menu upon check-in to ensure your blissful slumber. It has everything from grass to natural rubber to ensure you drift off to an energising sleep.

While word spreads about Conrad Bangkok’s state-of-the-art rooms and facilities, it is the hotel’s ritzy dining and drinking scene that attracts the most fashionable circles.

Liu, another visionary concept by Zhang Jin Jie of Beijing’s Green T House fame, brings a Chinese gourmet revolution to Bangkok in both culinary and decorative styles. The dark shutters and jazz of the Diplomat Bar host Bangkok’s chic pre- and post-dinner set, while the 87 plus club is graced by the creative, socialite and business crowd. Indeed, the working trip has never been this pleasurable.

The Dusit Thani, Hotel and Fine Dining in the Heart of Bangkok.

Kerry Centre Hotel – In the heart of the business district and nearby embassies.

Asia Luxury Spa’s and Retreats – Traditional healing and rich offerings from China. the...